IT System Downtime is Costly

Why Your Business Needs Network Security

What Is The Dark Web

How You Can Mitigate It 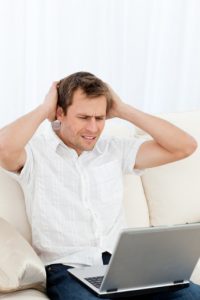 Many startups and small and medium-sized businesses believe they are at a disadvantage when it comes to protecting their companies from IT downtime. They are not in a position financially to have a robust IT function as part of their organization. In fact, IT tasks may fall to a clerical or secretarial person by default.

This is unfortunate; almost every business is using an office suite, accounting software, point-of-sales data, and program suites needed for their particular industry. Without an IT department, how can a company make them all work together without gumming up the IT needed to operate?

Statistics Tell What Causes Downtime with the Greatest Frequency

In 2013 a survey report was issued by Quorum, a data recovery service. It details the common reasons for a computer system to fail and have downtime. Let’s take a look at them.

With 55% of survey respondents citing hardware failure as their top reason for system failure, many small and medium-sized businesses incorrectly believe that because of their multiple redundancies of key components they have nothing to fear concerning a hardware failure. Unless they have a means to see into the future, they cannot know what is around the corner. It just might be squirrels in the basement that eat through the cabling for your system. Especially vulnerable to hardware failure incidents are storage-area networks (SAN). If you, like most other businesses your size, use a large SAN on which all storage servers dump data to, you are inviting a major problem – if your SAN is suddenly mortally wounded and gives up the ghost, it also has given up your company’s entire computing environment.

Downtime is costly; as far back as 2011, Symantec said that each day small businesses lose $3,000 when their systems incur downtime.

With 22% of respondents saying that human error is their primary concern for computer downtime, it is second, but with a wide margin, it is clearly more than half as likely a scenario for a computer disaster. Since the first computer system became operational, right up to today, if humans use a computer system, they will eventually make a mistake that could wipe out all of your firm’s data or programs.

The third-ranked reason for a computer meltdown is software failure, which received 18% of votes. One reason that experts say causes this is the multiple patches on operating systems and programs running on those systems. Unintended consequences of software fail include:

How to Cope with Information Technology Issues

Actually, you shouldn’t need to ‘cope’ with IT issues at all. Hire a managed service provider (MSP) for IT, even if the only time you use the company is for data protection and security. Following are the ways an MSP can be a significant force in your battle against downtime. One service offered by an MSP is remote monitoring and management (RMM). Some components of RMM are below.

When you hire an MSP for RMM you get a lot of benefits. These benefits include:

Steadfast Solutions is the trusted choice when it comes to staying ahead of the latest information technology tips, tricks and news. Contact us at 1300 739_ 335 or send us an email at hello@steadfastsolutions.com.au for more information.